This is my father on the back of a friend’s motorcycle circa 1928. 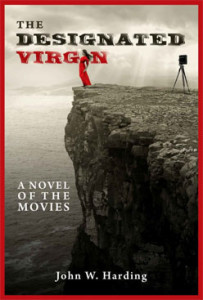 Hollywood: A Link to History

There are endless books about the immigrants who built Hollywood. And while most of those early studio moguls did indeed come from East Europe, that story has been allowed to overshadow the bigger story — that the American movie industry was just as much an outgrowth of the American character as jazz.

The first dedicated film studios were in New Jersey and New York. The few that survived were forged in free market rivalries, steeled by the violence of the U.S. patent wars. The first movie actors were drawn from the American stage, and their pioneering cameramen and film directors and writers were all committed to surviving in the New World by finding fresh and appropriate stories to tell.

These motion picture innovators dreamed of futures not pre-determined by class or rank, and of careers not based on who their parents were. These were the people who shaped and refined the Hollywood “dream factory.” Many were clearly new citizens, and others may have been first-generation born, but all of them were 100 percent Americans because they dared to look to the future and not necessarily to the past.

In short, I believe it wasn’t immigrants who projected their values and ethos on American movie-goers. It was the collective vision of what America represented that reshaped the immigrant experience and inspired fresh and optimistic dreams.

In my series of novels I hope to return Hollywood to those historically American roots. I think that that story has a good deal more to tell us about who we are as a people.