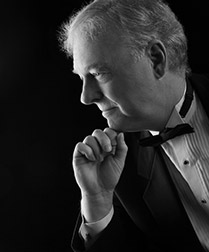 The movies stole a lot of the storytelling thunder from novelists in the early 20th century. In my series of Hollywood novels, I’ve set out to even the score by dramatizing some key events in the history of motion pictures.

As a storyteller, two things in particular interest me about the early moviemakers: The first is their innocence, and the second is their corruption. Both themes are implicit in one of the most famous moving images from the birth of film.

In Thomas A. Edison’s 1896 “The Kiss,” fatherly John C. Rice embraces matronly May Irwin, straightens out his handlebar mustache and plants a theatrical smooch upon her yielding lips. What could be more innocent? And yet, given the mores of the time and the unprecedented nature of such a public display, it was seen as daringly scandalous — and all in Edison’s pursuit, mind you, of commercial box office!

The exploitation of the innocent (and the only seemingly innocent) for gain is a dynamic that repeats itself throughout the history of movies, on almost every level. In “The Ben-Hur Murders,” I show how Prohibition opened Hollywood’s back gates to a criminal underworld, even as idealistic moguls were busily laying the groundwork of the modern studio system.

In future novels I will show how reformers fought for a foothold, how the star system bred a better-looking class of reprobates, and how the influx of organized crime found fertile ground beneath the Hollywoodland sign. Check back here for news about the next installment.