Mary Scott’s sudden disappearance from a dinner party on March 23, 1901 was a complete shock to Lawrence (D.W.) Griffith. Until that evening he had seen himself largely as the victim in their relationship.

He was a poet and would-be playwright, and yet he had no words for what the actress had put him through.

In her mind, however, Mary Scott must have felt herself the abused one. Her stage career was filled with nothing but promise when they first met. She had played numerous roles, and she could gaily wave fistfuls of glowing notices about her cut from the San Francisco newspapers.

She was not looking for a committed relationship. She had had romance with her husband, and it had left both of them unfulfilled.

What she craved was a sense of worth, of validation, and she thought that stardom and power could give that to her. She sensed Lawrence Griffith could help her achieve both if his obvious talent and ambition paid off.

The volcanic ups and downs of the couple’s affair through most of 1900 are well documented by William M. Drew in his indispensable 2012 study of that period, “Mr. Griffith’s House With Closed Shutters: The Long-Buried Secret That Turned Lawrence Into D.W.” (Mutoscope Publishing). It is available from Amazon and I highly recommend it.

In brief, after months getting nowhere on the road, Mary Scott felt herself losing all the momentum of her early career success. When she found herself reduced to performing mainly for charity causes in Washington state and Oregon, Mary demanded that they give it up and return to San Francisco.

Griffith had gotten a taste of directing now and was developing his own play about the Revolutionary War titled “In Washington’s Time.” He thought they might perform in it together if they got some financing. 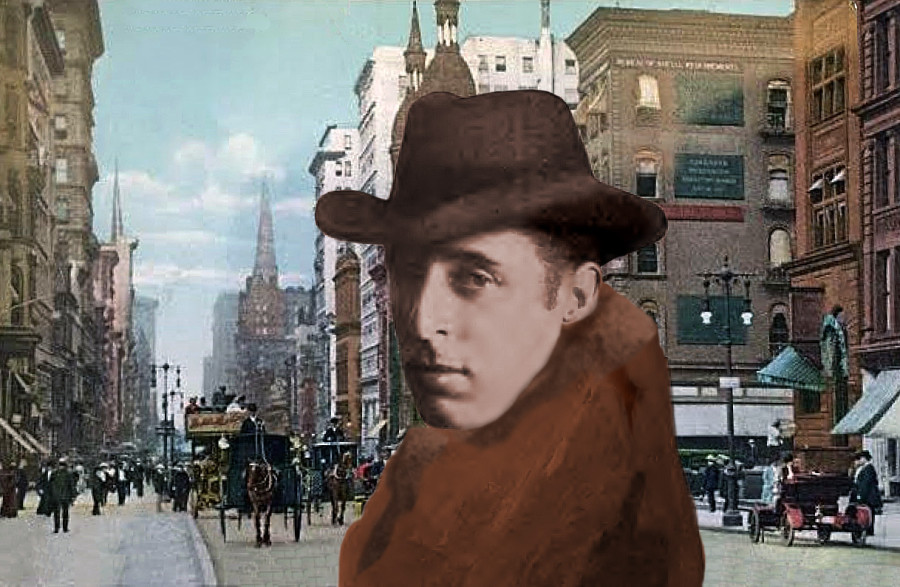 Between fights, he told her about his months stomping around the theater district in New York and meeting many of the movers and shakers there. Mary said she had cousins there as well, but she was still dubious about depending on him in a strange city.

After one particularly bad argument, Griffith took off for Manhattan alone, although she soon followed. They found lodging at a boarding house together and life must have been exciting for a time. But then the reality sank in that they were two very small frogs in a massive pond.

Griffith got to work on polishing part of his play as a stage sketch and he persuaded Mary they should try it out in the only venue opened to them — the vaudeville circuit. It was near the opening of their limited engagement at Keith’s Fifth Avenue theater that Mary Scott knew she had to make a clean break.

The couple had gone to dine at her cousin’s Central Park West apartment. At some point the conversation may have gotten too brutally close to the truth for Mary. The reminder that she had fallen from the heights of a Bay Area stage celebrity to now performing with nobodies in vaudeville was too painful to endure.

Muttering something about feeling suddenly ill, Mary Scott excused herself from the dinner table and vanished without a trace into the night.