In March 1901, seven years before he ever directed a motion picture, D.W. Griffith found himself on a dark street outside a Manhattan police station about to file a missing persons report on his beautiful cousin.

It was a bald-faced lie. 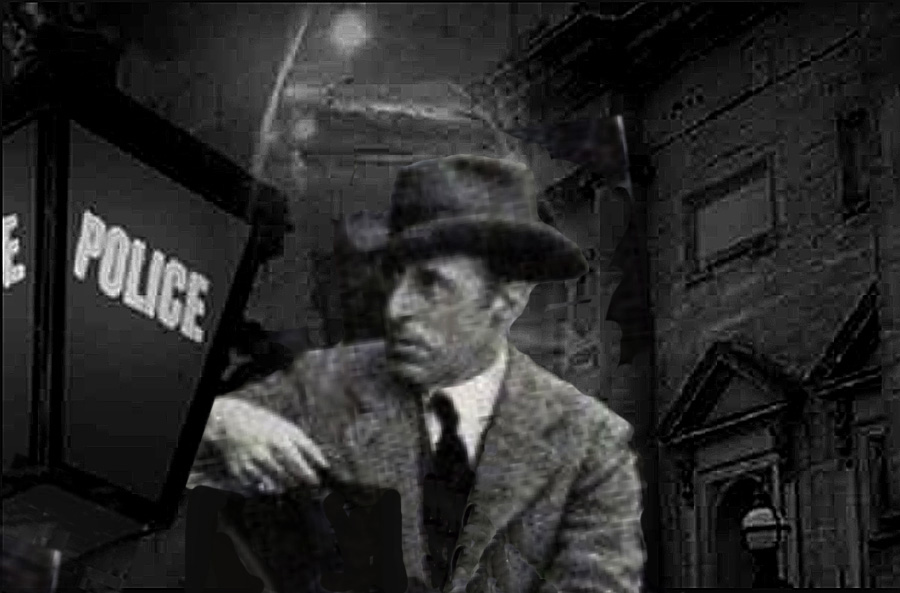 The woman who had gone missing two days before was no relation to him at all. She was a mentally unstable, married actress from San Francisco named Mrs. Neville Castle. She was also Griffith’s stage partner and longtime mistress.

Filing the report under his stage name of Lawrence Griffith, he told police the woman was his cousin in part because her real relatives were members of New York society who did not wish to get mixed up in a public scandal. Indeed, Griffith’s report was copied from the police blotter and showed up in the New York Times on March 26 under the headline “Vaudeville Actress Disappears.” 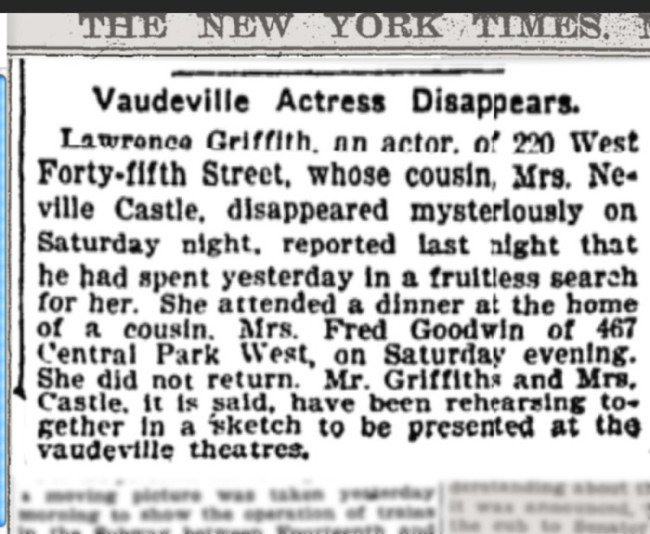 If this sounds like the makings of a delicious Edwardian page-turner, wait until you read the fate of poor Mrs. Castle. Her strangled corpse would ultimately be pulled from a locked trunk dumped in Italy’s Lake Como.

Griffith was not implicated in Mrs. Castle’s disappearance nor in her much later murder, of course. As far as I can tell, the two were not publicly linked as lovers at all until 2012 when historian William M. Drew published his research in the book “Mr. Griffith’s House With Closed Shutters: The Long-Buried Secret That Turned Lawrence Into D.W.” (Mutoscope Publishing). 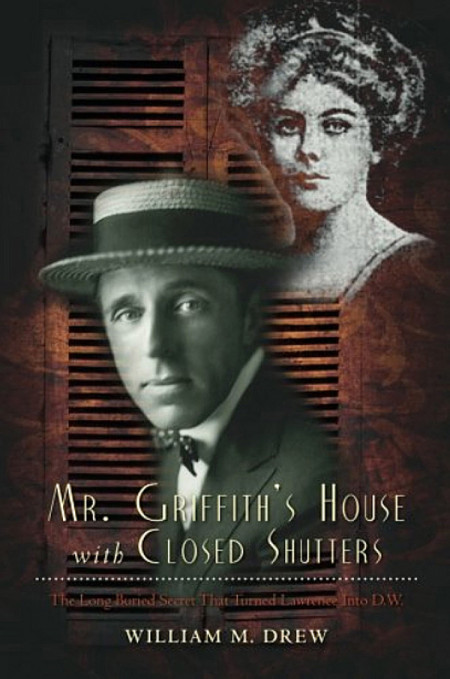 I was reminded of this essential work when I ran across the original Times item while doing my own research for a novel set in Griffith’s tenure at New York’s Biograph studio back in 1909. While the earlier affair and its aftermath had little direct bearing on my story, Griffith’s traumatic months on the road with Mrs. Castle and his guilt over how things turned out do inform my understanding of his character.

Griffith must have cringed to hear his lover described as a “vaudeville actress.” From all accounts she was an elegant beauty from a well-to-do family. She had married a successful Bay Area lawyer but was often miserable and had a quick, violent temper. When she resumed her stage career under her real name, Mary Scott, and even encouraged the amorous attention of a younger actor, her husband took off for the Klondike to be rid of her.

That younger actor was Lawrence Griffith, just 25 years old when he met the 28-year-old Mary Scott. He had had some success in theater but was still bouncing from one repertory company to the next. Offstage he fancied himself a poet, and held mostly naive and idealized notions of love and sex. 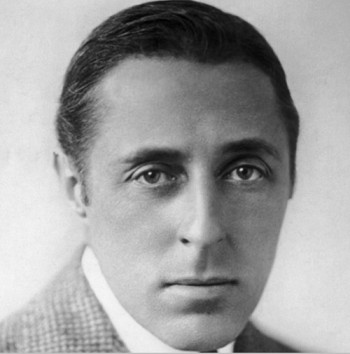 He was self-conscious about his large nose and his rural Kentucky accent, and if that was not enough, he was beginning to lose his hair. He collected hats and cultivated a courtly way of speaking that suited his more high-minded aspirations.

In early 1900, Griffith was instantly drawn to the self-assured Mary Scott.

Even in his missing persons report that next year he described her as “a strikingly handsome woman, her hair and eyes being black as the night.” When she was last seen attending a dinner party at Central Park West that last Saturday night, he recalled she was wearing “a black velvet gown trimmed with sable, a black velvet picture hat, black velvet coat and a large diamond solitaire ring.”

Her mood swings were probably a novelty to him in the early weeks. He had pretty much grown up pampered by older sisters who met each crisis with poise and responsibility.

Mary Scott had fainting spells and indulged in screaming tantrums on the road, during which hotel lamps were broken and vases flew. Even the gossip columns of their day began printing accounts of her behavior, and theater managers were not willing to gamble on her talent any longer.

Griffith’s deep insecurity and Mary Scott’s volcanic emotions made for a malignant symbiosis that neither of them could easily terminate.