In 1968, Ramón Novarro was murdered just a mile or so from where I was living, yet it pretty much escaped my notice.

Looking back, you might think it would have commanded media headlines for days — the bloody murder of America’s first genuine Mexican movie idol, the star of 1925’s “Ben-Hur” and so many other films.

But newspapers back then weren’t what they are today. They were not yet obsessed with celebrityhood and mayhem. Even in Los Angeles, editors clung to their convictions about which news items deserved our attention.

So the story of Ramón Novarro’s bludgeoned body being found inside his Laurel Canyon home blazed across page one for just a single day, then jumped to the back pages. It remained buried there through the ensuing weeks of funerals, criminal investigations and a series of court trials.

A few years after Ramón made his final headlines in the town he once owned, my wife and I bought a small house in Laurel Canyon, only a block or so from where the murder occurred. That’s when I started to take an interest in his story. His was no longer a marquee name from distant silent films. He was part of my own celebrity neighborhood, and well worth the effort of finding out more.

Still, it wouldn’t be until decades later that what I learned about Ramón Novarro found its way into my Hollywood novel, “The Ben-Hur Murders.”

To understand who Ramón Novarro was and how he became a star in his mid-20s, you have to know a little about Rudolph Valentino. Valentino was Italian, but by 1922, he had developed a cult following as a desert sheik. To millions of women around the world, his was the soft, seductive face of romantic love.

Valentino was what ticket-buyers wanted, but only one studio had him and it wasn’t Metro-Goldwyn-Mayer. So the upstart MGM groomed the former José Ramón Gil Samaniegos to be their version of the “Latin lover.” Ironically, when he wasn’t being cast as Greeks or Arabs, he played everything from a South Sea islander in “Where the Pavement Ends” to the dashing Continental swordsmen of  “Scaramouche” and “The Prisoner of Zenda.”

In 1923 he was hired by action director Fred Niblo to star in “Thy Name Is Woman” opposite hot-blooded siren Barbara La Marr. He negotiated his own $10,000-a-week contract with studio boss Louis B. Mayer, and was considered for the lead role in “Ben-Hur,” especially after Valentino himself was ruled out-of-the-running.

Ramón became a worldwide star after “Ben-Hur” won wide release in 1926, and he continued to play leading roles well into the era of sound. To elude his mobs of fans, he took to traveling incognito, donning a fake mustache and beard.

But he was never happy making movies. His first love was singing, and he staged several successful concert tours to Europe and South America.  He knew his popularity stemmed mainly from his movies, and that was just one of the gaps in his life between what he hoped to be and what he truly was.

After being forced to play a multitude of ethnic roles, Ramón grew obsessed with proclaiming his true cultural identity. He stopped cooperating with studio publicists and used  his own money to pay for George Hurrell glamor portraits of him posed in native Mexican regalia. 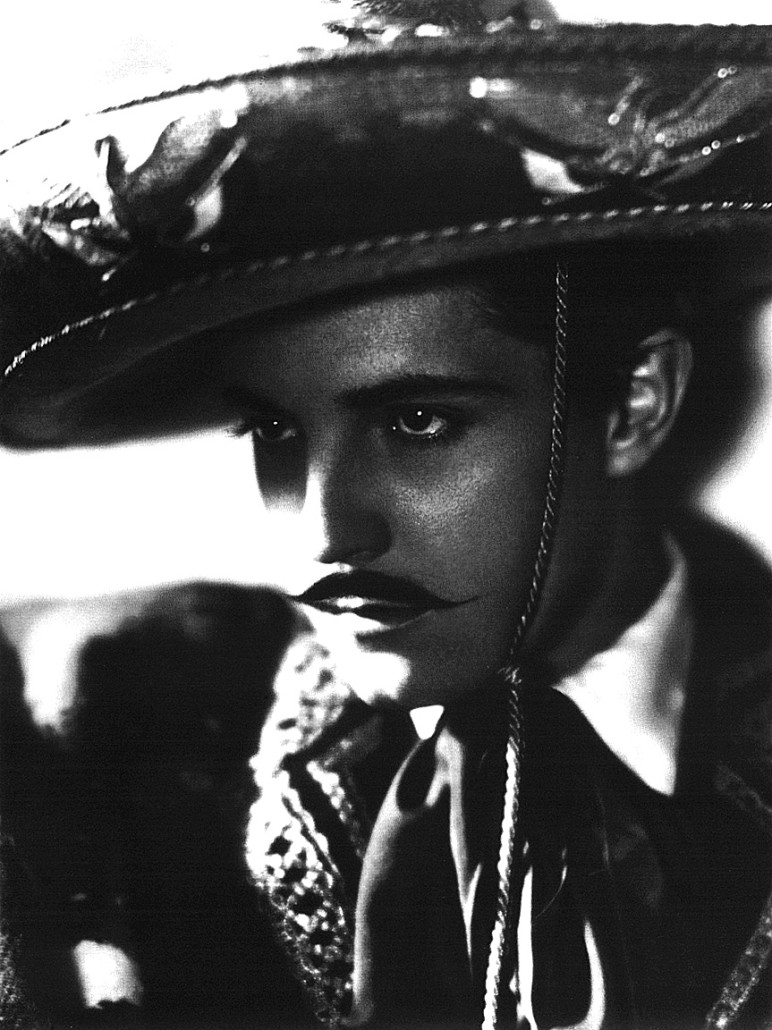 His other secret was one he shared with only a few other stars: a sexual ambivalence in an age that had no tolerance at all for male homosexuals. As he got older, it was his shadowy secret life that left him vulnerable to the kind of rootless young hustlers who always haunted the streets of Hollywood.

On the night before Halloween, Oct. 30, 1968, two brothers he befriended and invited up to his Laurel Canyon home became drunken and enraged, and one of them bludgeoned the 69-year-old actor to death.

Hollywood duplicity had won in the end — no matter how hard Ramón had struggled for his true identity. As I put it in my novel, “He was the last victim of the ‘Ben-Hur’ murders.”

The next year, Sharon Tate was slain by the Manson Family and newspaper editors saw a greater value in submitting to the cult of celebrity and the thirst for mayhem.

Learn more about Ramón Novarro and the filming of the “Ben-Hur” chariot race in my reality-based novel, “The Ben-Hur Murders: Inside the 1925 ‘Hollywood Games.'” It is available on Amazon.com as a paperback and a Kindle download. It is also for sale at Barnes & Noble and at Lulu Press.