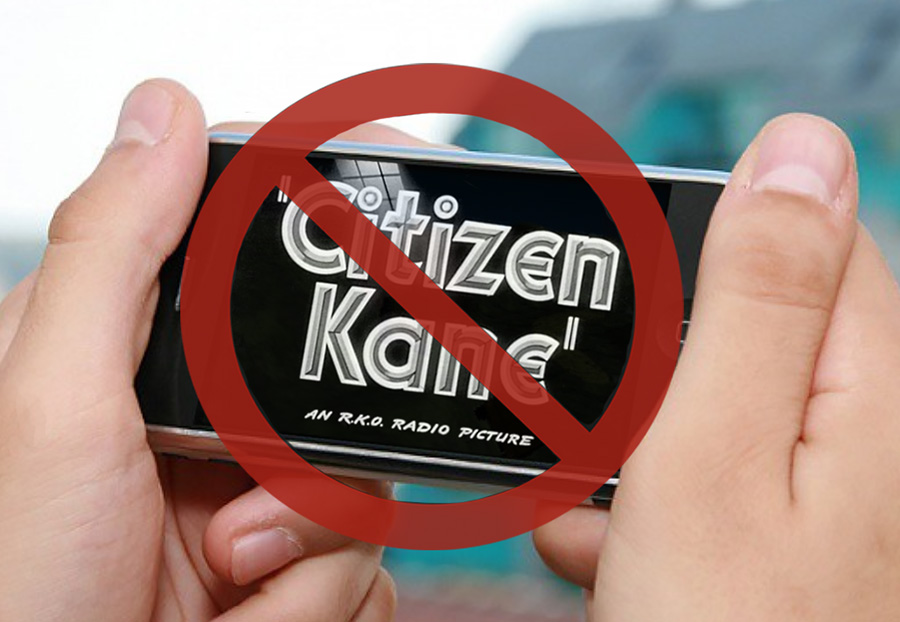 Like many others who grew up loving classic Hollywood movies, I’ve been discouraged to find those feelings not shared by so-called millennials and others in the digital age.

I noticed this first some years back when I made the mistake of showing a DVD of “My Fair Lady” to a group of 8th-grade girls. Halfway through the screening they stormed out, enraged at Professor Higgins’ misogyny and fed up with the passivity of his protégé, the aptly named Eliza Doolittle

To this demographic, Eliza was playing the doormat for an upper-class bully. They did not care that it was written that way. They did not wish to stick around to find out what lessons an old crackpot named George Bernard Shaw could possibly be getting at. What value could derive from time spent with an arrogant linguistics expert?

More shocks awaited me in the coming years.

Did you know, for instance, that millennials do not see “The Ox-bow Incident” as an instructive cautionary tale about the evils of vigilantism and the danger of mob rule? No. They are far more likely to view it as the 90-minute beating of a dead horse — another self-evident illustration of bad white men behaving badly.

Don’t even think of showing them John Ford’s “The Searchers,” my first all-time favorite film. They will prove incapable of entering the point-of-view of Ford’s prairie settlers. To them the John Wayne character’s anti-Comanche vendetta is not an entry point for valuable psychological discoveries. No, they see it as a basic misreading of Native American history. In their eyes the ranch families deserved to be burned out as the price paid for believing in white privilege.

Teachers of film classes these days face an almost impossible challenge. Imagine discussing the cinematic merits of “The Third Man” or “Citizen Kane” to students unwilling to grasp the harsh political intricacies of post-war Vienna or the private failings of a wealthy newspaper heir.

In general, teachers today must be wary of films that lean too much on historical frames of reference, especially if they are used to justify either a character’s action or inaction. Today’s viewers do not find it easy to sympathize with soldiers who remain loyal to their nation state or to business leaders facing hard decisions for the good of their stockholders.

With bankers and politicians falling out of favor among millennials, can Frank Capra movies hope to survive another generation?

It is probably best for film classes to avoid all narratives that depend on a hero who is working through his racism, or is unconcerned by his carbon footprint, or who does not make gender equality a top priority. Beware of white actors playing people of color, whether in jest, such as Mickey Rooney playing the cranky Japanese neighbor in “Breakfast at Tiffany’s,” or in humble sincerity, like Sam Jaffe as Gunga Din.

Forget John Huston’s “Treasure of the Sierra Madre,” while we’re at it. Who cares if a bunch of greedy American prospectors die in their quest for gold? Today’s student will more likely sympathize with the Mexican bandit who says, “We don’t need no stinkin’ badges!”

Object though they may, millennials still love a massive show of force in the face of interlopers (“Say hello to my little friend!”). They like cautionary tales that are suspicious of the kindness of strangers (“Get Out!”). They will even cheer when the right action hero punches out the alien — provided he is as easygoing as Will Smith and the alien resembles an extraterrestrial squid on steroids.

For God’s sake, though, stay well away from silent movies with an outdated Victorian morality, or with moments of bald religious piety, or with occasional black-hatted villainy. I am not referring to clearly objectionable films like “The Birth of a Nation,” either. … Even an acclaimed comedy like Buster Keaton’s Civil War masterpiece “The General” will blow out PC fuse boxes once it’s known that the hapless “hero” there is on a spy mission for the Confederacy.

It took nearly 40 years for movies to find their voice. In the view of too many young movie-lovers today, the nine decades hence have produced very little worth hearing. There is a new cultural revolution at hand, and classic cinema as defined is about to be perp-marched to the killing fields.