Are you looking at this period of home detention as a golden opportunity to begin your novel? It is that, of course. But before you think seriously of getting started, here’s a word of advice: Make sure your subject will stick to you like a skin infection.
Writing is tough and staying with something as massive as a novel can eat up three years or more of your life. 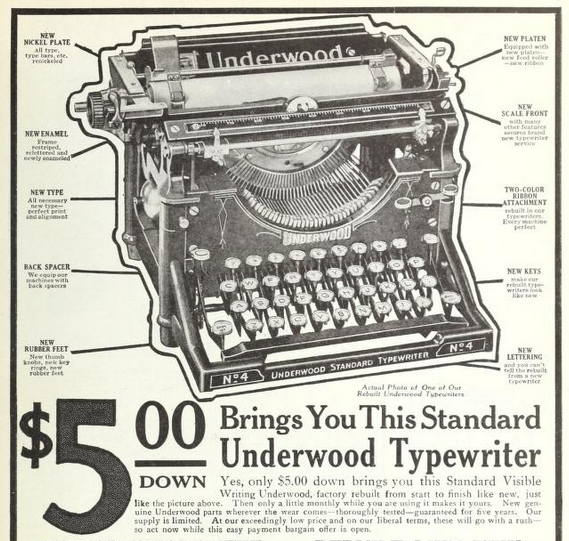 That means you will need a strong reserve of faith in your material and endless perseverance. One day you will close your folders feeling you’ve written an absolutely wonderful scene with a higher level of descriptive prose than you ever suspected was in you. The next day you open the manuscript to find there’s nothing the least bit good about it. Everything in there is clumsy and obvious. Even the sentences are all in the wrong order!

So you change everything and start the process again, wishing you had gone into plumbing instead.
Even at my best I’m not the sort of writer that wins accolades from small literary magazines. By nature and temperament I’m part daydreamer, part dramatist. I have a shoot-from-the-hip relationship to my paragraphs. As someone once said regarding the craft of screenwriting, telling stories has more in common with architecture than with interior decoration.
Happily, I’m now hard at work on my third historical novel about the silent movie business.
As a native of Los Angeles, the so-called “dream factory” never held much mystery for me. I went to school with people who worked in Hollywood.
In junior high school my first girlfriend was adorable Terry Burnham, the little blond who played the creepy kid sitting on the stairs in the old “Twilight Zone” episode “Nightmare as a Child.” Poor Terry wasn’t creepy at all in real life. After high school she had to compete with the likes of Sandra Dee for movie roles and died too young, fatally discouraged.
At UCLA I sat in screenwriting classes with actor John Saxon, who was attempting to take control of his own destiny, something an actor has very little of. He never wore a toupee in class and I hardly knew who he was until I saw him on the big screen opposite Bruce Lee in “Enter the Dragon.” (A few years later he played the sheriff on the trail of Freddie Kruger in the classic “A Nightmare on Elm Street.”)
I fell in love with movies long before that, of course, and I always enjoyed reading how they were made. Let the non-fiction writers address the mystique and glamour of it all. The stories I wanted to tell dealt with the innocence and vulnerability of those early stars and filmmakers. How could the overwhelming forces of fame, temptation and adulation not result in so much burn-out, disappointment, and tragedy?
So the real-life stories and settings I look for before getting started must grab me somehow. An intriguing nugget of an anecdote will get me going even before I know what type of story it belongs in. It can just be a silhouette floating on the horizon, with no hint of how much is hidden under the water. 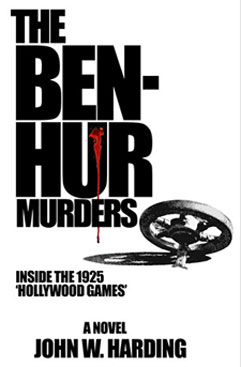 When I left journalism in 2012 I thought I’d write a book about a famous “backstage” scandal—the filming of the first “Ben-Hur” chariot race in 1925. Rumors had been circulating ever since about the stunt drivers and horses killed that day. The accidents played out in full sight of hundreds of industry elites and invited guests. Yet the studio insisted no one was hurt. I wanted to know how such a catastrophe could have been kept out of the press. My explanation became the novel “The Ben-Hur Murders.”
I did not know if I could even sustain a whole book with events unfolding entirely in a period of a few hours. My solution was two narrators—one entirely fictional, a composite of all the young cowboys and drifters drawn to Hollywood after World War I; and the other a VIP watching from up in the stands. For that POV character I chose actress Norma Shearer, the newest and brightest contract star on the MGM lot that fall. I found her voice and gave her the insecurities of all the newly famous as they angle for position. For Norma, that meant jump-starting a more intimate relationship with her eligible boss, Irving Thalberg.

Soon after finishing that book I grew obsessed with the first battle over movie censorship in 1909. I discovered that the earliest film company, Biograph, had to find its way in the wake of “the McClellan Massacre,” which closed down all the movie theaters in Manhattan. Public health safety played a role then too, with pressure from the Temperance leagues and self-appointed moral watchdogs. 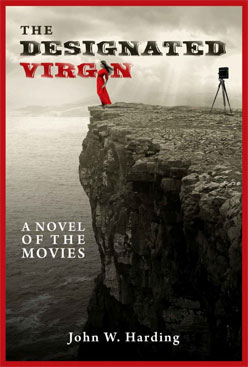 This one gave me the chance to imagine the active culture inside an early film studio. The Biograph Co. brought America such film legends as Mack Sennett, D.W. Griffith and Mary Pickford. The fictional heroine at the center of that story, though, gave the book its title, “The Designated Virgin.”
My third novel has just a working title at this point. It journeys overseas with a group of 1920s Hollywood filmmakers as they get swept up by the rising tide of European fascism. Its cast of real and fictional characters will be on hand to witness perhaps the greatest location fiasco of the silent film era.
If I’ve chosen the right subject, perhaps I can have it finished sometime in 2021. Hopefully the material will continue to surprise and engage me through all the hard work and expected periods of doubt and despair.
Meanwhile, I pray you will stay mindful of your own health and safety so that we may all find out together how the story ends.