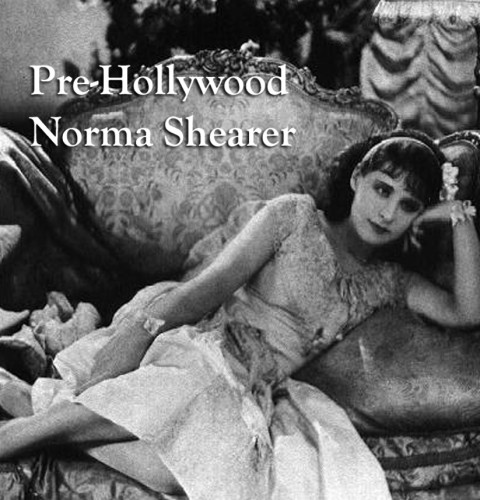 Non-fiction readers frequently look down on historical fiction as a mongrel breed that takes too many liberties with the truth. If it’s not well done or gets important facts wrong, it can indeed be hard to defend.

But writers of fiction based on real-life characters have one magical arrow in their quiver that non-fiction authors do not. In telling their stories, novelists can be led to intuitive leaps that add colorful insights.
Let me illustrate.

MGM leading lady Norma Shearer is a major character in my Hollywood novel “The Ben-Hur Murders: Inside the 1925 ‘Hollywood Games’.” Norma was a huge audience favorite in the early years of MGM, even before her marriage to production chief Irving G. Thalberg. She was not only a good actress, she had a quirky, androgynous beauty that suited the Jazz Age and made her stand out from all the other beautiful actresses in silent films.

Early in her career she had been advised by professionals that she had insurmountable physical limitations. Broadway impresario Florence Ziegfeld said her legs and her figure in general weren’t curvaceous enough for theater-goers. Film director D.W. Griffith said her pale aquamarine eyes would register poorly on film. She had also been aware since childhood that she had a “lazy eye” that at times gave others the impression that she was cross-eyed.

But Norma persevered. She undertook a training regimen to add definition to her body, and she did daily eye-correction exercises. Norma had the ambition to go places and she was determined to get there. She was certainly smart enough to be her own harshest critic.
Non-fiction books about the actress tell us that much. But to make Norma a character with her own voice in my novel, I needed something to help readers see her as she might have seen herself. I understood the pride behind her imperial airs and the drive to be somebody. But where else did that abundance of self-criticism take her? Would it make her privately as harshly critical of the shortcomings of others? And what sort of scars of insecurity did she live with?
We all know fine, beautiful people who have perhaps some minor physical shortcoming that over time comes to seem to them like a grotesque disfigurement. A large nose, wide hips, or big ears become blown out of all proportion to them. Entertainers who exist under a spotlight often adopt a nickname that takes some of the sting out of their defining feature — The Schnozzola, Banjo Eyes, Dumbo, etc. 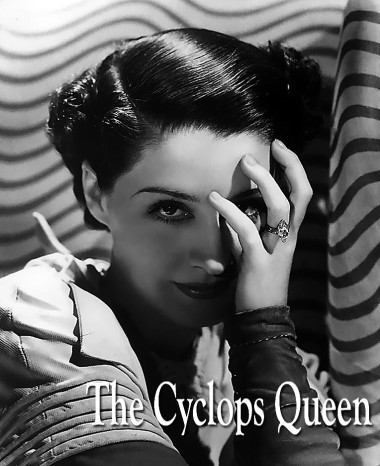 Thus one day I made my own intuitive leap regarding Norma Shearer. I was writing a chapter from her perspective and suddenly I heard her refer to herself as The Cyclops Queen. The long, day-to-day process of trying to right the flaw of that lazy eye had left its toll. As unfair as it might seem to her millions of fans, Norma saw her own regal beauty as a reminder of her imperfectability. While never doubting her worth as an actress, she would always look upon herself with a combination of horror, acceptance and amusement. A simple tardy cast to one eye became her cross to bear. It sentenced her to a life wearing Hollywood’s crown all the while knowing in her heart that she was merely its Cyclops Queen.

Find out more about “The Ben-Hur Murders: Inside the 1925 ‘Hollywood Games'” at www.thebenhurmurders.com. It is available at Amazon.com, Lulu Press, or Barnes & Noble.