Watching the body count rise from the backlash over sexual harassment in Hollywood, one might think the days of the “casting couch” are now over. But the phenomenon didn’t start with the movies and it won’t end with Harvey Weinstein’s forced retirement. Acting freely on one’s biological urges may not have that “Spirit of 1969” patina to it right now — but as long as ladies and gentlemen have an itch, they will exercise whatever power they have to scratch it.

The exploitation of the powerless by the powerful, of course, is always as ugly to witness as it is immoral. But at one point in my novel “The Ben-Hur Murders: Inside the 1925 Hollywood Games” I address a more banal mainlining of the “casting couch” culture during the first years of the Hollywood studio system.

In the following excerpt, actress Norma Shearer watches from her seat in the stands as MGM stages the exciting chariot race climax. In between races and spills she is upset by the studio’s callous treatment of the horses and stunt drivers, and she thinks bitterly upon her industry and her own culpability. She ponders just how far she and her fellow contract actors and actresses would go for the sake of their careers:

God, she loved watching the men down there working on the track. Those were the real men, the providers. They actually enjoyed their work, their honest labor, not like these Hollywood phonies who were always scheming to make deals and find others to do the dirty jobs.

Poor Barbara LaMarr. She had known the score. She was the one who first told Norma what male executives really expected from their new contract stars.

“Reading all the fine print is one thing, Norma,” Barbara had said casually over lunch, as if she was commenting on the menu. “But after spending time and money on you, they want something to make them feel good about their investment. Believe me, after a tough negotiation, it’s not a pen that most of them want to slap in your hand.”

All these men, so young and vital, with such horrifying power over other people’s lives! And the ladies, so damned beautiful and so uncertain of their standing. They would all be walking around all day on edge if they couldn’t let off some steam. That was the way Barbara had put it.

“So we give them a little handshake when called upon. No harm done, is there? The wife’s still happy at home. The boyfriend’s none the wiser. Business gets done, the front office is happy. Everyone walks away feeling a little more … relaxed, a little more confident in their position.”

Norma had to stifle a chuckle. It figured that when it came to the one thing men had over women, they would want to stick it in a lady’s face. Maybe they should have made that a float in their parade. After all those marching soldiers and topless slave girls, they should have wheeled out a giant phallus lying on a long wagon. At its base could be a tangled mass of pubic hair made from a million shredded contracts. And let Mr. Mayer have his seat on a throne there behind it, waving his fat cigar and smiling with that poking out at the crowd! That would get some knowing nods and laughs from all those toadying “yes” men and “why not?” women.

Of course, Barbara also had something to say about the latter. “Don’t think the gals aren’t getting as much out of it as the fellows,” she had added with a wink. “This whole beauty game, it’s mostly for us ladies. Do you think men need all that window dressing?

“Truth is, most of the women who get as far as a screen test don’t need the help. But once they’ve got their hair piled up, their lipstick straight and their noses powdered, they’re as game as the gents. That so-called ‘casting couch,’ now that’s way overstated, in my experience. No one has the time to deal with a pregnancy or anything messy like that, and the ladies certainly don’t want to have to redo their makeup. So that’s how we show our respect. It’s a professional courtesy. Everyone does it, and don’t think it isn’t fun for us, too, sizing a fellow up, so to speak.

“The ladies I know, the ones who’ve been here a while and know the score, they carry hand cream in their purse, if they’re considerate. Some casting director sees two pretty young go-getters the same morning and they both got dry hands, he might not be able to pee standing up for a week. And you certainly don’t want him thinking of you when he’s standing there holding his raw johnson. Those of us with class come prepared. We even have ways of letting a fellow know we are prepared.”

“Like a secret code?” Norma had asked, and immediately regretted it. Oh, how stupid, Norma! At times you can sound like such a dull Canadian hick.

“Like bridge,” Barbara corrected. “You know, table talk. I might say something like, ’I always take extra cream with my coffee,’ or, ‘Mind if I fix my lipstick?’ Something like that. Just enough to let him know I’m prepared.”

It all made Norma glad she wasn’t just getting started in the business now. Not that Mr. Thalberg was the type to demand such favors. He didn’t even put his name on his films, for God’s sake! Was that the act of a man interested in easy gratification? 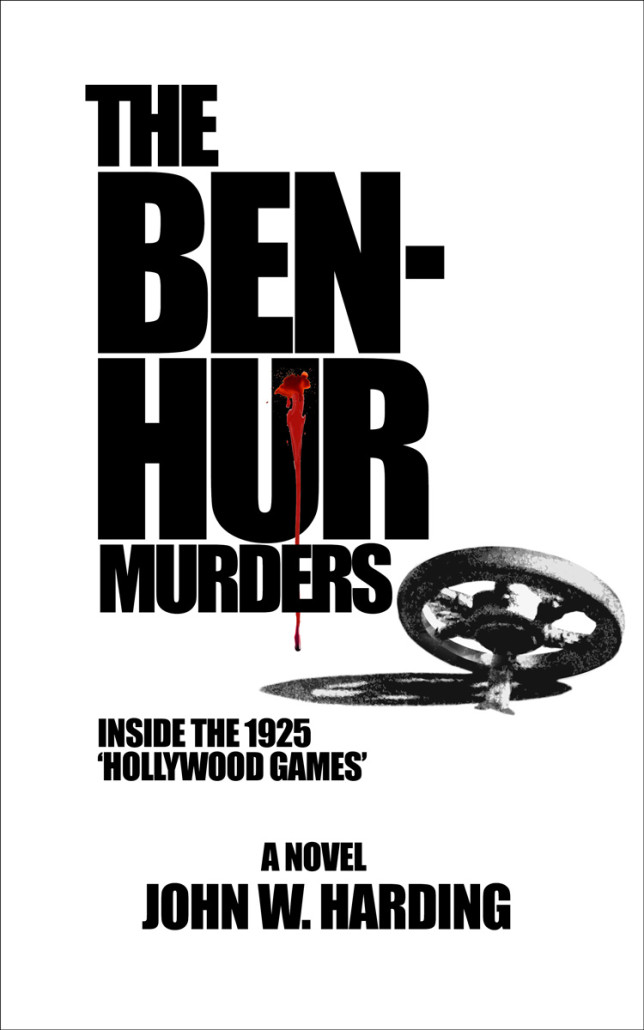